This is my first tutorial on my blog! Yay! I definitely could use some feedback on this so I will know if I am clear and if the instructions are understandable and reproducible!
Here we go!
I wanted to make a card with the new Crafting Forever stamp set, using the stamp with the pot and paint brushes, and use the Jars of Love smallest jar to make paint jars. The scale was just too far off. So I was determined to make the jar smaller! It’s still a little off scale but it looks okay. Instead of putting the paint brush pot in the foreground, it was moved to the background to help with the scale.
In the following photos, you can see my stamp lying face down on the paper in my Misti. I used the 4 inch mark as my center, you’ll see why as we go along. I leveled it best I could by eye-balling it and using the graph paper. I picked up the stamp with the Misti “lid”. Then I centered and secured my paper. 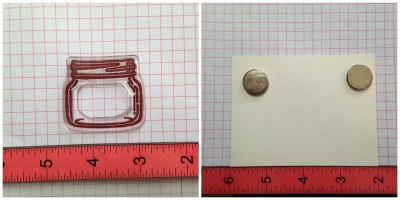 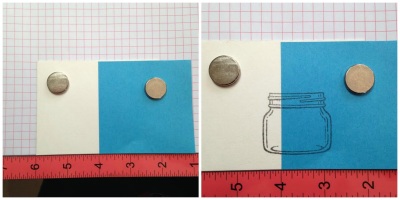 You may be able to see now, that essentially I am “cutting” a half inch out the middle of the jar. To do that I moved the paper to the right by 1/2 and inch. I also moved the post it note to cover most of the image, keeping the middle edge as perpendicular as possible. It’s hard to see here, but a very tiny portion of the half jar is sticking out from under the post it note. 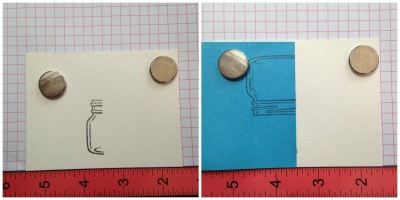 I then inked my stamp again and stamped the other half of the jar. Ta Da! I have a smaller jar! I had to connect some of the lines in the middle of the jar because the two sides don’t match perfectly.
I used watercolor paper because it is a lot more forgiving in terms of the color of ink being consistent on both sides and lessening the sharpness of the lines between the two halves. This is especially helpful with the “paint” inside the jar. 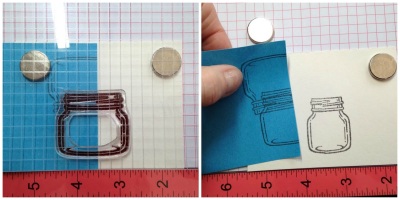 Now for the paint. In the card I made, at the end of this bog, I hand colored in the paint. This time I wanted to see if the stamp that comes with the set could do the job. I laid the stamp down where I wanted it. I ended up using the embossing buddy on the stamp so it wouldn’t stick to the paper while trying to center it. In the next photo you see me cleaning off the powder from the embossing buddy with a baby wipe. 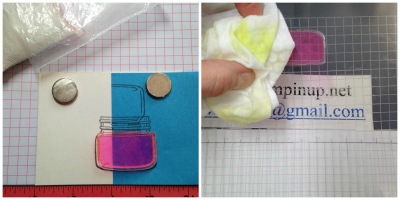 Then I followed the same procedure as I did while stamping the jar. I started by centering the paper, at the four inch mark, and stamped half of the paint. 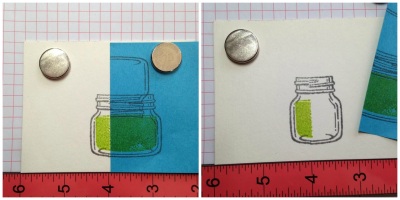 I then moved the paper 1/2″ to the right, covered half of the jar with the post it note and stamped the other half of the paint. By using watercolor paper the line down the middle of the image is very slight and filling it in on both sides was easy because it blended the ink very well.

The jars below were done on Whisper White card stock. It definitely looks better, with smoother transitions on the water color paper. 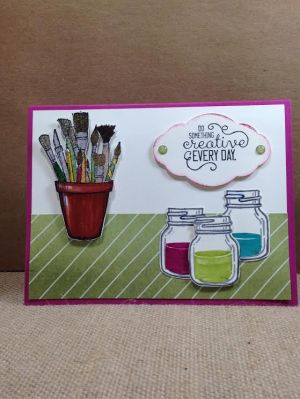 I hope you enjoyed this tutorial and will give it a try! Everything you see here is new products except the Jars of Love stamp set. On June 1st, I will be able to start posting links to the new products.

Request a catalog from me!

Come Stamp a Handmade Hug with me!! 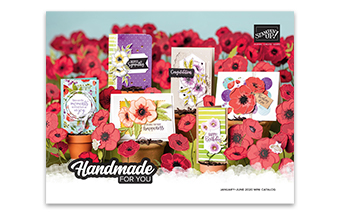 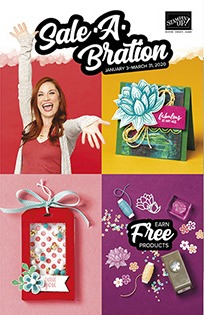 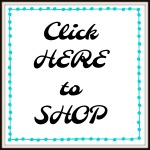